Vaccination is one of the proven ways to reduce the likelihood and severity of infections and illnesses. Yet, in 2020 and 2021, the refusal and the delay to accept vaccination against the coronavirus (COVID-19) was a significant area of public health concern in Papua New Guinea (PNG). The government was particularly worried that a large number of unvaccinated people if infected, was likely to contribute more to overall rates of community transmission of the virus. But the biggest concern was the fate of people with chronic diseases or those with weak immune systems who were more reluctant to take the vaccine. 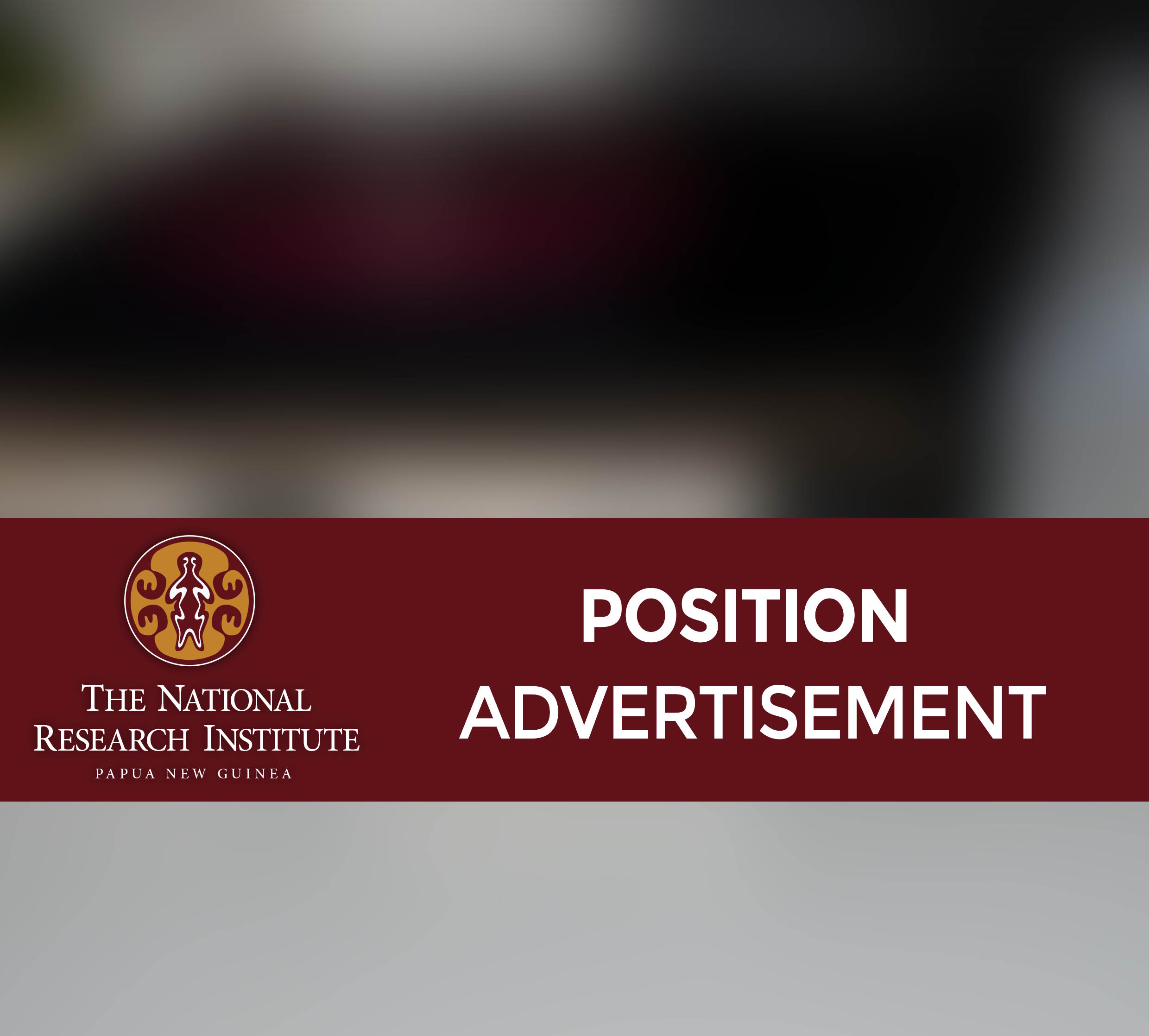 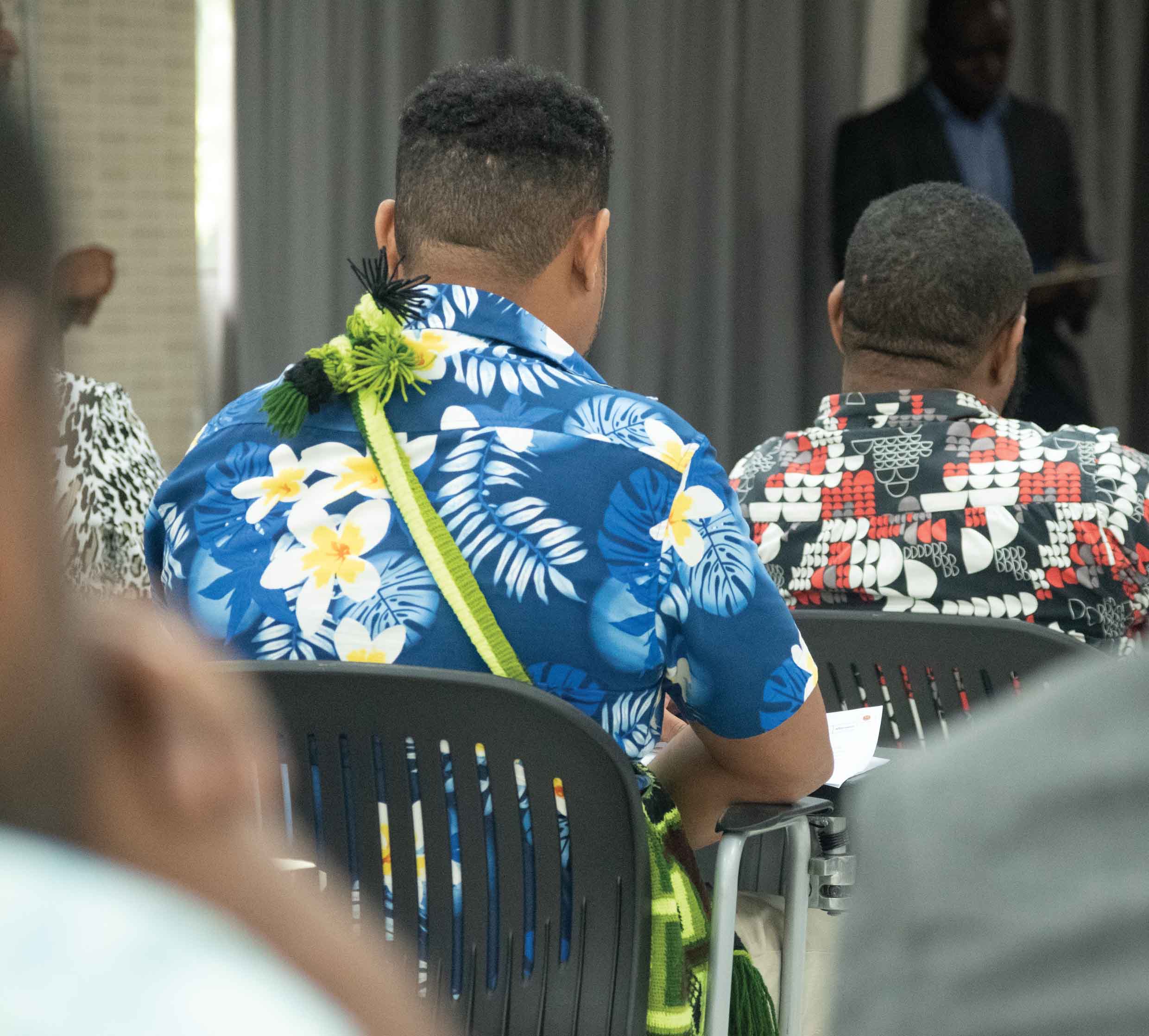 On behalf of the Papua New Guinea National Research Institute (PNG NRI) Council, management and staff, I welcome you all participants for the 2022 intake of the popular Economic Policy Analysis Course (EPAC), to the PNG NRI campus. I wish to acknowledge the role of your sponsors, employers and your families for giving you the opportunity or support, either financially or by way of allowing you to take time out to participate in this vital Course. I also acknowledge the Course Coordinator, Dr. Francis Odhuno and his support staff, and the lecturers who will be teaching you for the next 8 weeks.

Addressing insecurity issues and making our communities safer for sustainable economic activities and improved welfare of residents have been a challenge for the government, especially in the major cities of Papua New Guinea (PNG).

The PNG NRI Elections Observations Report will be released to the public in the coming weeks. In September 2022, organisations involved in the 2022 election observations will be invited to present their findings to be summarised and published as the Proceedings for distribution to all stakeholders for implementation and preparation for the 2024 LLG Elections and 2027 National Elections. 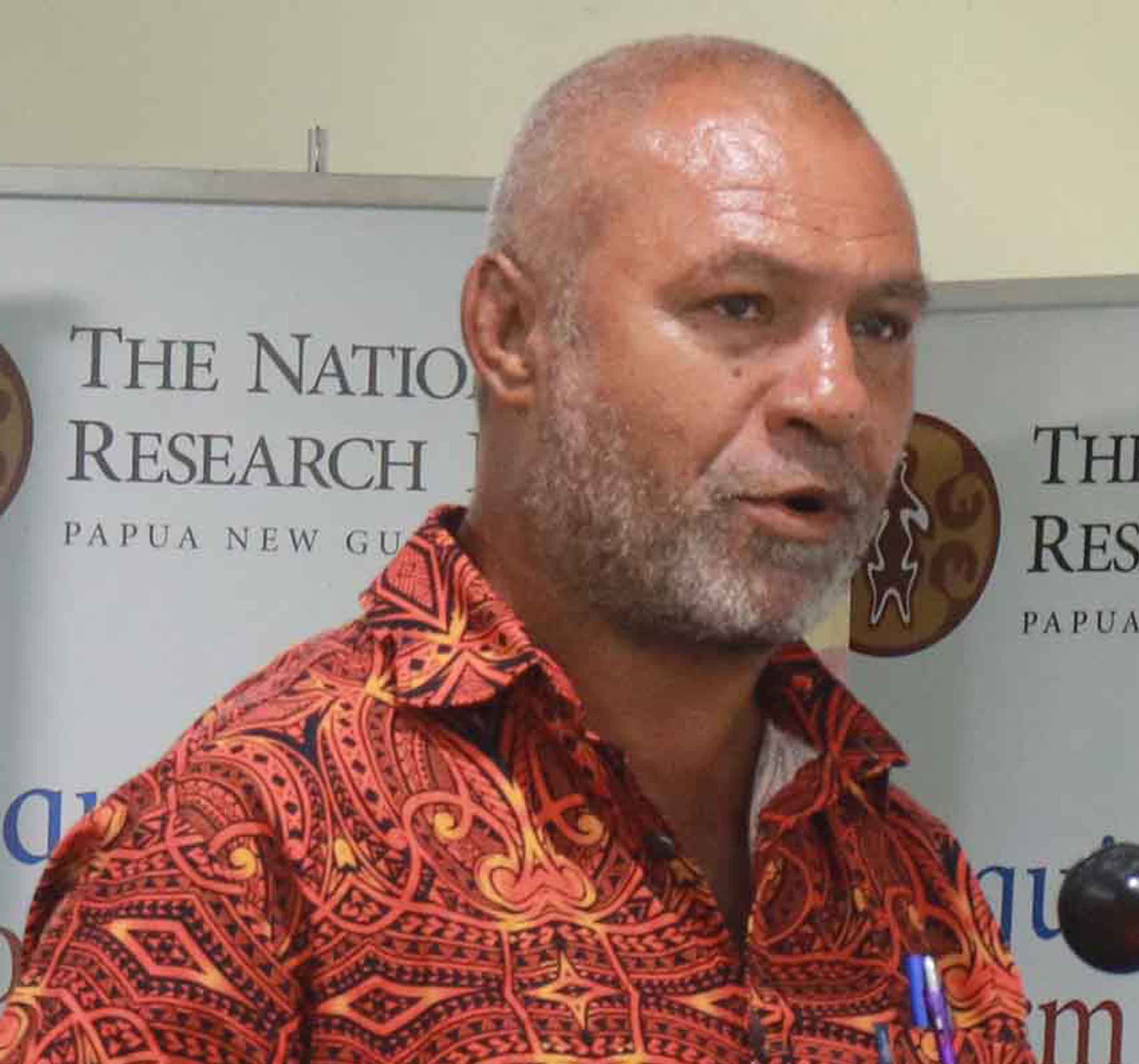 The Council of the Papua New Guinea National Research Institute (PNG NRI) has endorsed the 2022 Elections Observation Report covering a number of electorates and the general observations on the operations and administration of the election in the country. This will be followed by Seminar Series to invite all organisations that had Election Observations to present their findings to be followed by Bibliography on Elections and finally a Monograph or Research Report on 2022 Elections.

The first lot of Australian Government funding was used to for scholarships to political party executives and disciplinary forces and agencies involved in Elections to attend its Diploma in Economic Policy Analysis program, followed by the Election Seminar series for a weekly update from Royal PNG Constabulary, Electoral Commission, Boundaries Commission, Registry of Political Parties, Department of Provincial Affairs and Clerk of Parliament and the National Broadcasting Corporation to inform and update the people of PNG on their planning and preparations for the LLG and National Elections. Read More...

Government’s strategic role as a regulator is critical to address the structural impediments that have constrained the housing sector in Papua New Guinea (PNG). As a regulator, the government undertakes a facilitative role in providing an enabling environment that will sustainably develop the housing market to ensure all Papua New Guineans are properly sheltered.  Read More...

Given the challenging geography in Papua New Guinea (PNG), airports play a critical role in social and economic development through enabling movement, connectivity, and accessibility to main business and government services. The National Airport Corporation (NAC) is responsible for the provision, maintenance, and development of 22 designated national airports.

Over the years, the emphasis in managing these airports has been on an investment program to ensure the airports are developed to meet internationally acceptable safety and security standards. However, this has come at a cost of limited attention to operational efficiency and efficient pricing of airport services. Read More...

Government should do more to restrict the emergence of informal settlements

The paper stated that forceful evictions may promote an environment of insecurity and uncertainty that undermines the basic human need for a decent and quality life. Read More...

PNG Journal of Education has always been a paper journal. Today, PNG NRI and its stakeholders launched PNGJE Online after eight years of hibernation.

Through a directive from the PNG NRI Council to revive the PNGJE, a new Editorial Board for the Journal was formed with Dr. Kilala Devette-Chee (NRI Representative) as the Lead Editor.

Education plays in our social and economic development. We all can attest to the fact that without education we would not be where we are today in the various professions we are involved in these were the words of the PNG NRI Director in his opening remarks 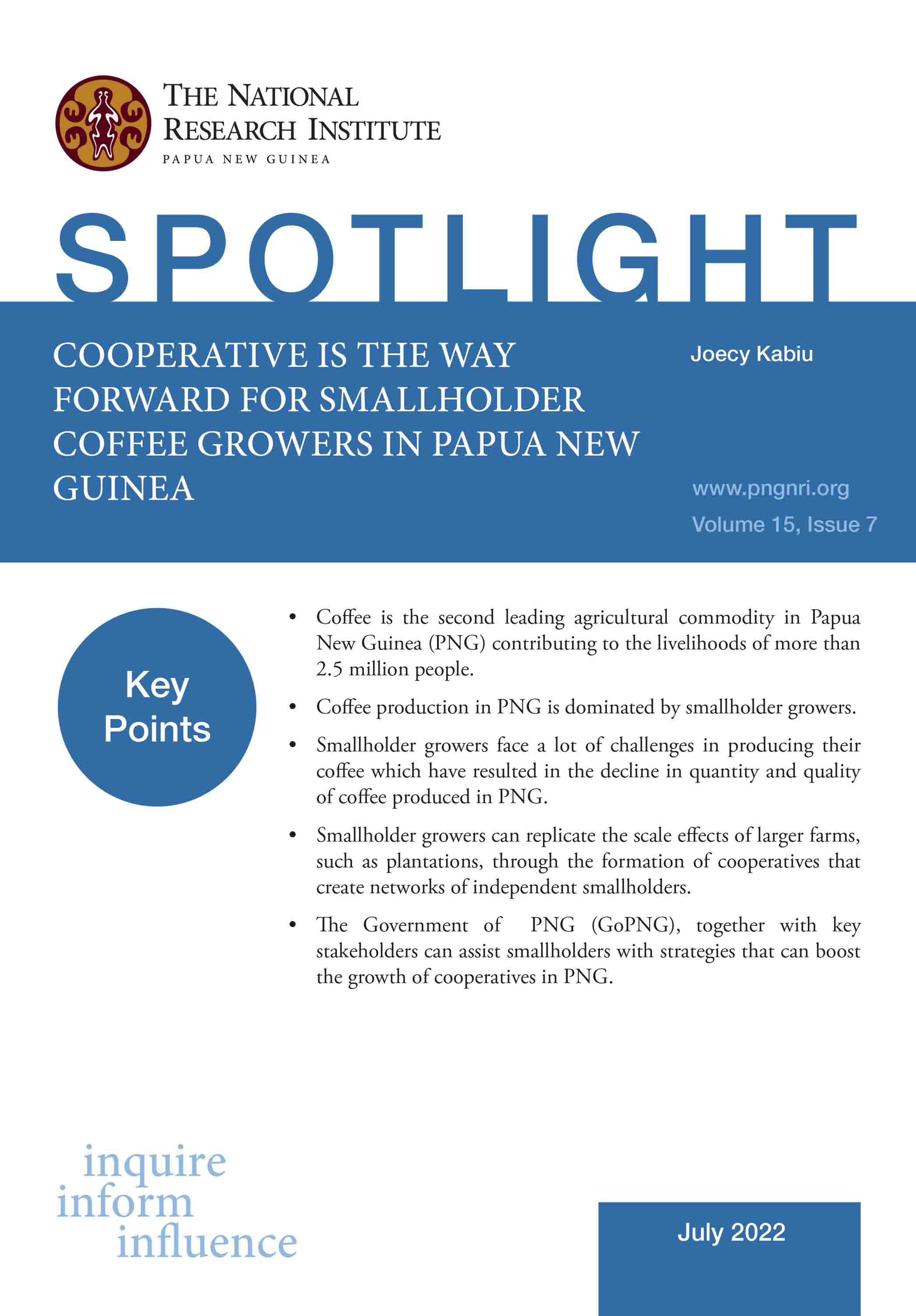 Coffee has been one of the most important agricultural commodities that contributes to Papua New Guinea (PNG) economy. It contributes to the livelihoods of almost three million people in the country. However, since the closure of several plantations in PNG, coffee production has continued to decline. Though coffee production in the country is currently driven much by smallholder coffee growers they face several challenges.  Read More...

Government must do more to promote good governance

Good governance provides a conducive environment for investment and opportunities for employment, which in turn generate government revenue from taxes. However, promoting good governance has been a long-standing issue in most developing countries, including Papua New Guinea (PNG).

Government must do more to promote free, fair, and safe National Elections

Free, fair and safe elections are key components of the principles of a democratic system. This promotes a person’s constitutional right to be freely expressed in voting in a national election without external influences. However, irregularities have become common practices in the Papua New Guinea (PNG) National Elections. 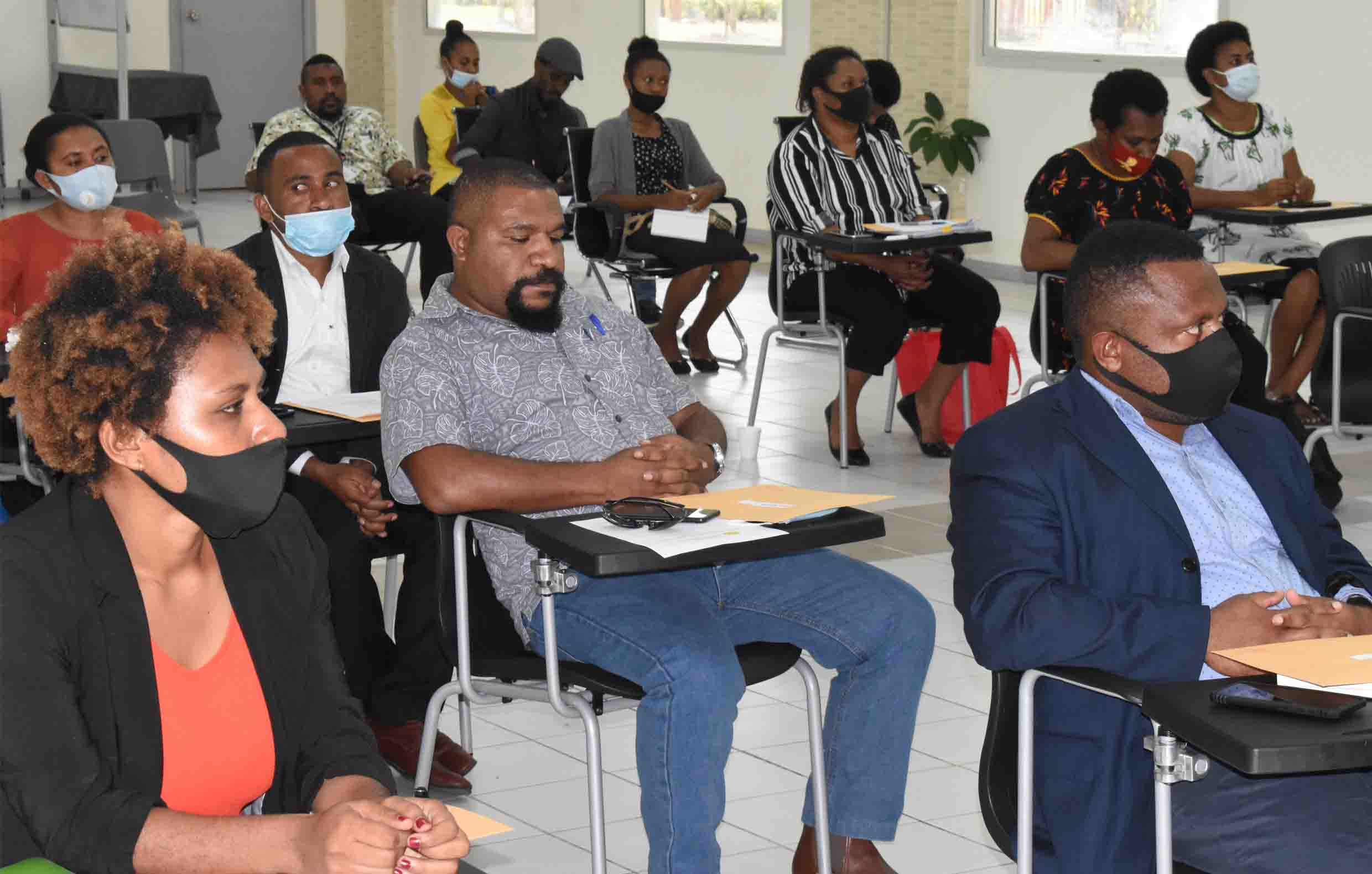